The 6 Most Common Plumbing Problems At Your Home 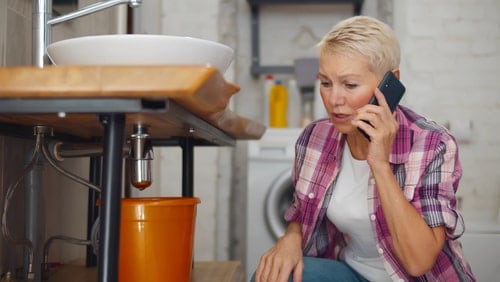 Equally, a home you’ve lived in for years can begin to show signs of wear, and this often happens in predictable ways. Here are the 6 most common problems that occur for home plumbing, and how they come about.

Inevitably one or other tap in the home will start to leak at some point. This is usually due to the failure of a seal or washer and can be easily replaced by a licensed plumber. However, in some instances it may be necessary to replace the entire tap fixture, especially in more complex fixtures that do not allow access to the failing part.

Poorly draining sinks, toilets and drains are usually a sign of a partial or complete blockage in the pipework. This may be cleared either chemically by a strong alkaline solution, by changes in pressure that are achieved by using a plunger, or by physical disruption of the blockage with a snake. A snake is a long metallic instrument that can be wound through a drain to the point of blockage to physically withdraw the offending material. Modern snakes also include a camera, so plumbers can visualise precisely what is blocking the drain.

It can be hugely annoying to flush the toilet, only to discover it does not wish to stop flushing or filling itself. Not only is this good fresh water literally down the drain that you have to pay for, but it’s also environmentally unfriendly, not to mention annoying to hear, especially when you’re trying to sleep.

A plumber can be called to either repair the flush mechanism, or replace it entirely depending on the type of mechanism. This is more common in older toilets. Modern toilet mechanisms are less prone to this issue.

Failure of the hot water unit becomes an urgent problem. Almost no one is willing to tolerate an ice cold shower, even at the height of summer. A plumber can diagnose the problem with the water heater and either repair it, or replace it. In rare cases the hot water failure may be due to a gas leak or pipe failure, and a certified gas fitting plumber can detect the leak and repair it to return function (Also Read: What to Do When You Have No Hot Water)

A sudden drop in water pressure will cause taps to dribble rather than provide a healthy flow of water. This can seriously disrupt household function, as this will affect toilet function, shower function, and tap function. A plumber will attend a house and determine the source of the water pressure failure, which may be a leaking pipe, or a failure at the provider end, or another less obvious cause (Also Read: What to Do When You Have a Gas Leak).

Garbage disposal units, or insinkerators, are common appliances in a modern home. However with a more exuberant user, larger debris may fail to be ground down by the unit’s burrs. In this case a plumber is required either to physically remove the offending material, or to dismantle the unit to the point that the debris can be safely removed. This may be a dangerous job, as an electrical grinder is inherently dangerous.

If you require assistance for any of the above issues, get in touch with JCS plumbing. We are your professional Perth plumbers.

This site uses Akismet to reduce spam. Learn how your comment data is processed. 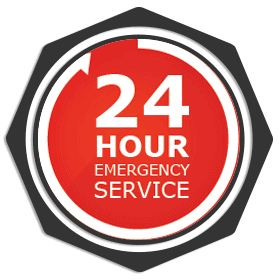